The Heart of the Clinic is our Amazing Staff

We are very fortunate to have a staff of individuals who believe in and are truly supportive of UCAN’s mission. Our staff is dedicated to providing the best care possible for every animal that the clinic serves. Without their experience and tireless professionalism, we could not accomplish what we do every day. 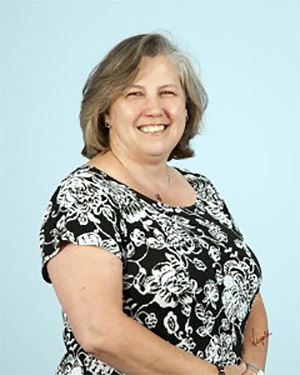 Melanie has been the Executive Director of UCAN since July 2012. She was a member of the Board of Directors of UCAN for several years prior to that, serving as a Director, then as Vice-Chair and eventually as Chair of the Board. Her focus as Executive Director is grant writing, development, marketing, risk management, and community outreach to help as many pets as possible.

Melanie became interested in spay/neuter after volunteering at a no-kill shelter for 9 years. She became frustrated when after celebrating each adoption, more animals just kept coming in to fill the empty cages. She realized that spay/neuter was the solution, so she became involved with UCAN.

Prior to UCAN, Melanie worked as an attorney in private practice for 25 years, focusing on profit and nonprofit corporate law, general business law and securities law.

She enjoys reading and playing with her rescue animals, senior dogs Blackie and Teeny and three cats, Katniss, Grayson and Calypso, which she rescued from a hoarding situation when they were just a few weeks old. She also loves helping to save lives by fostering cats and kittens for local shelters. 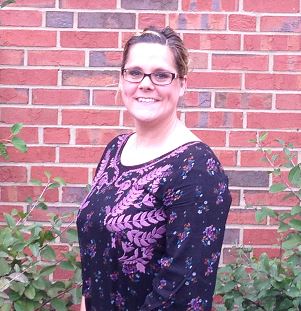 Jessica joined UCAN in February 2014, as our clinic manager. She is primarily responsible for the day-to-day operations of the clinic, our free spay/neuter transport program, human resources, and inventory management.

Before joining UCAN, she gained significant experience in the veterinary field while working for Banfield Pet Hospital for 8 years. She has worked in management for over 25 years. She attended St. Cloud State University where she acquired a major in Psychology and a minor in Sociology.

Working at UCAN has been very rewarding for Jessica. It has been a great way for her to combine the love she has for both people and pets alike. 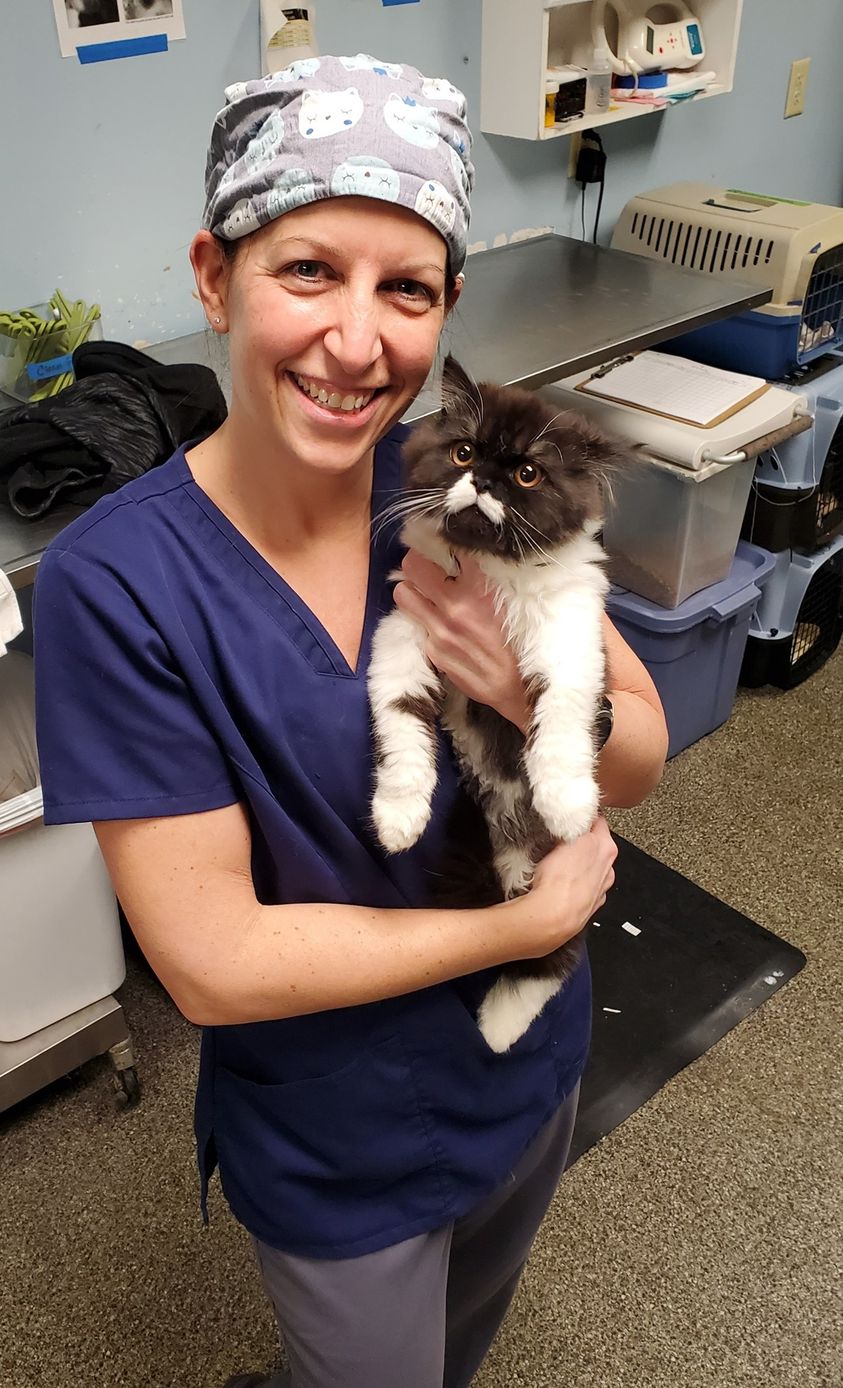 Dr. Amy joined us in January 2014, as a spay/neuter surgeon. She later became our Medical Director and oversees all of our medical protocols and medical staff. She is an extremely talented surgeon, expertly handling a variety of types of surgeries in addition to spay/neuter surgeries for our shelter and income-qualified clients .

Amy grew up in Northeast Ohio where she graduated with a Bachelor of Science Degree in Zoology and pre-veterinary medicine from Kent State University. She went on to receive her Doctorate of Veterinary Medicine degree from The Ohio State University in 2005.

She has had many pets of a wide variety since a child. She currently has a happy and energetic Lab mix named Indy. 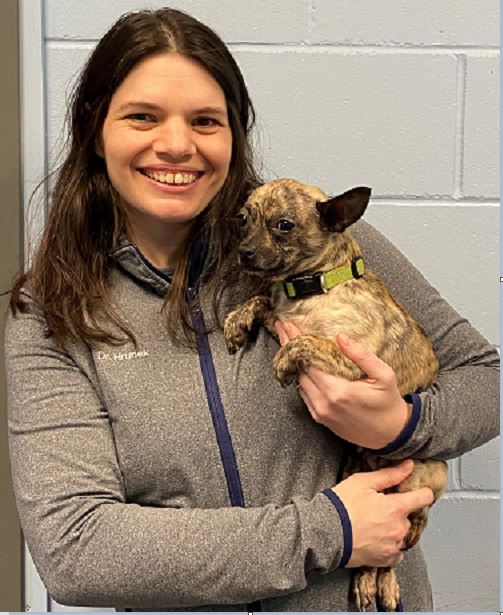 Dr. Aimee joined our staff in January 2020, when her family moved to the Cincinnati area from Indianapolis. Aimee was previously a surgeon at the Low Cost Spay Neuter Clinic in Noblesville, IN. Prior to that, she provided full-service veterinary care, including spay/neuter surgery, to pets in the Indianapolis area.

Dr. Aimee currently lives in Cincinnati with her husband Mike, daughter Aubrey, and their dog Reis. Outside of work, she enjoys traveling, camping, biking, and exploring the great outdoors with her family. 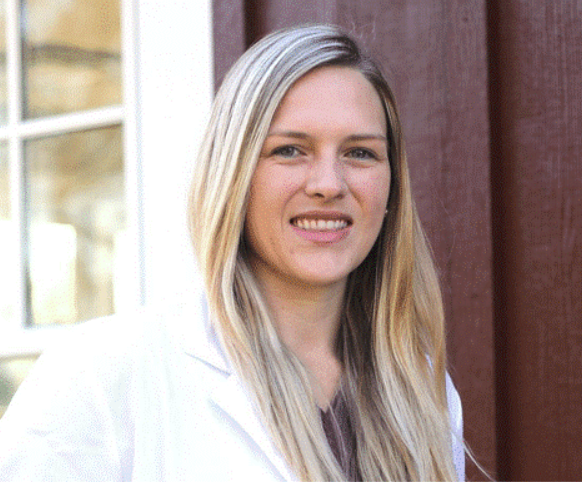 Dr. Amanda is our Wellness Director, overseeing our income-qualified wellness business. She first joined us as a part-time surgeon in October 2019, after moving here from North Carolina. During that period, she was also working at MetVet and Banfield Pet Hospital in Cincinnati, gaining substantial experience in a wide variety of emergency and other animal veterinary issues. Prior to moving here, she worked as a general practice veterinarian at The County Veterinary Hospital, with relief work at Central Spay Neuter and Wellness Clinic, and as an emergency veterinarian at Eastside Animal Medical Center.

Dr. Amanda loves soft tissue surgery as well as emergency medicine and geriatric medicine. She is also a strong advocate for the “bully breeds” and has two rescue Staffordshire Terrier mixes as well as a French Bulldog. She enjoys hiking and traveling with her husband and playing recreational soccer. 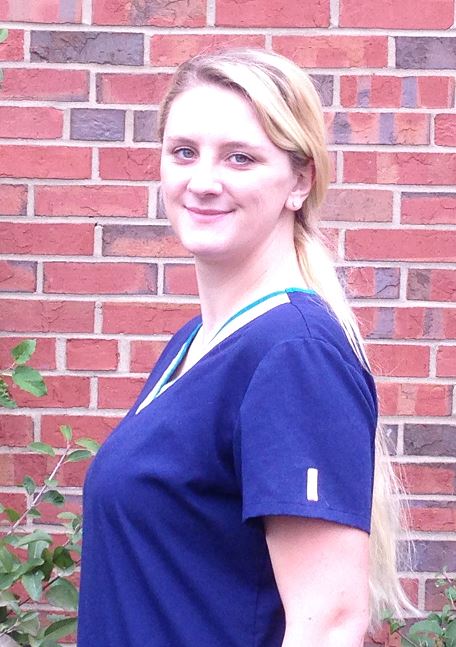 Sarah started at UCAN in September 2016. She completed her Associate of Applied Science Degree in Veterinary Technology in April 2012 from Brown Mackie College.

In the evenings, she teaches dog agility classes and spends most of her weekends showing her rescued dogs Shasta, an Australian Shepherd, Hemi, a Border Collie, and her Sheltie, Sasha. Her house is also shared with four rescue cats, Callie Marie, Tabby Jean, Thumper Ash, and Stormy Faith. 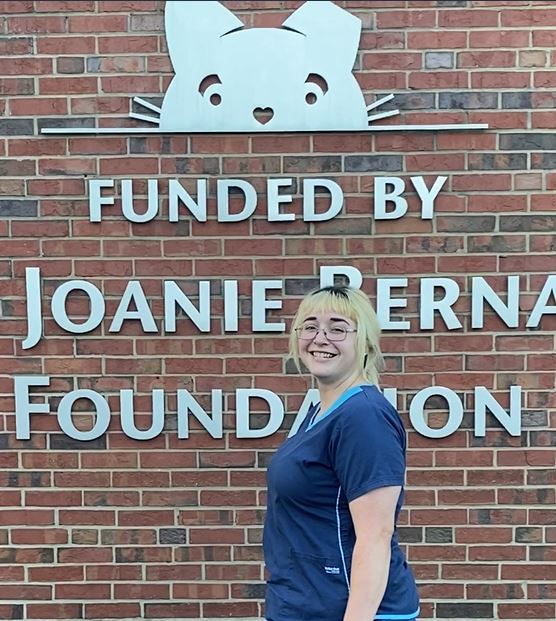 Elsa first began working for UCAN in January 2019 as a Registered Veterinarian Technician. She graduated from Brown Mackie College in January 2014 with an Associate of Applied Science Degree in Veterinary Technology.

Elsa loves being able to help so many animals at UCAN and being a part of UCAN’s great surgical team.

She enjoys working puzzles, going to the movies, and spending time with her family. Her family includes two kitties, Luna and Mai Tai, and a poodle mix named Bongo. 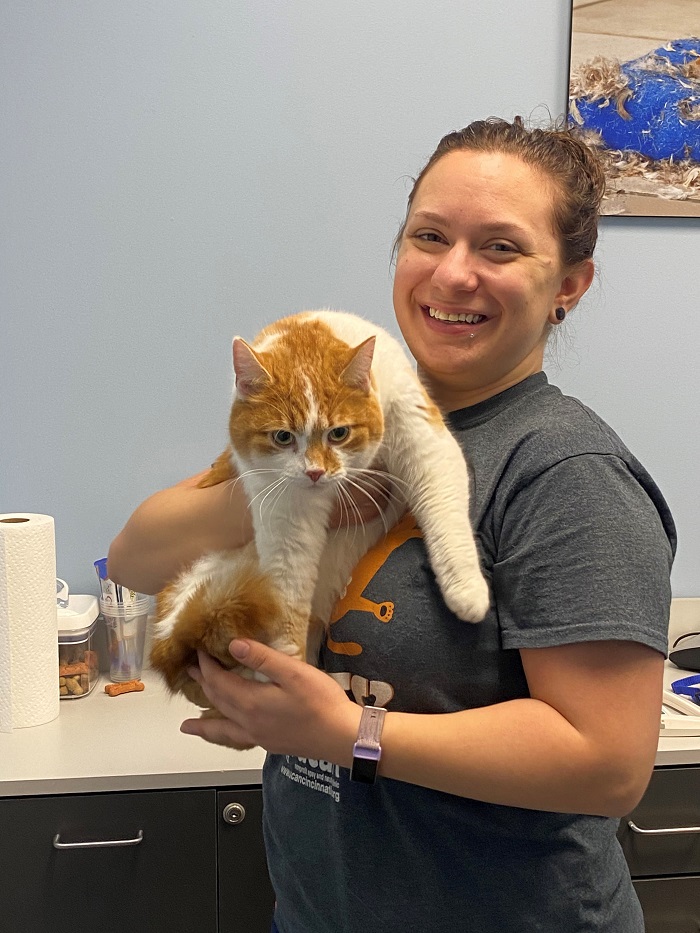 Claire began working as a Registered Veterinarian Technician for UCAN in December 2020. She graduated from Columbus State Community College with an Associate of Applied Science Degree in Veterinary Technology in 2017.

Claire previously worked for Upper Arlington Veterinary Hospital in Columbus, Ohio, a general practice small animal clinic. She has always had an interest in surgery and loves UCAN’s goal to provide low-cost resources for people and their pets that need them.

In her spare time, she loves watching movies, camping, and baking. Her family includes her 4 cats, Cali, Chui, Berlioz and Hershey and one Russian Tortoise, Leroy. 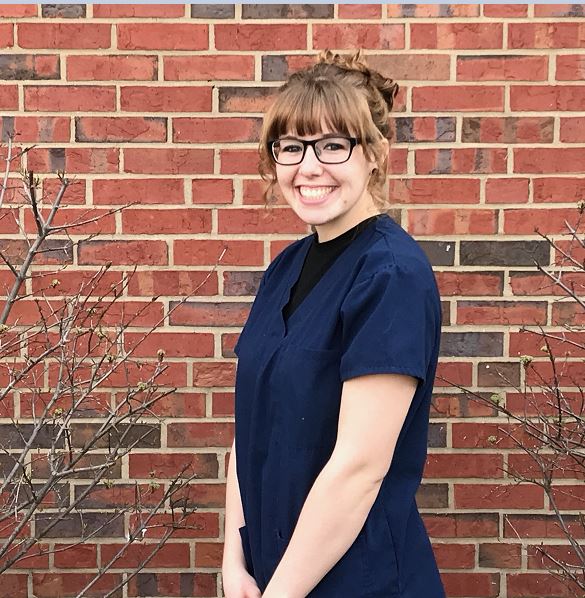 Morgan started working at UCAN in January 2018, as a Veterinary Assistant. She preps cats and dogs for surgery, completes surgical records in the Operating Room during surgery, and monitors the "beach" where pets recover after surgery before returning to their kennels. Morgan also provides the comedy relief to ensure staff members have fun while doing their job every day.

Mindi joined UCAN in April 2015. She runs our pack station, cleaning surgical instruments and putting together and sterilizing all of the surgical packs used by the medical team during surgery. She also handles the tons of laundry we go through every day (every cat gets a towel and dog gets a blanket to ensure they stay warm and comfortable during recovery after surgery). She performs a variety of other tasks daily to help the medical team and the animals we serve.

Before UCAN, she worked in the veterinary field as a receptionist or surgical aide for ten years.

Mindi enjoys spending lots of time with her son, Mason, and her two dogs, a Sheltie named Newt and a rescued Chihuahua named Ladybug. 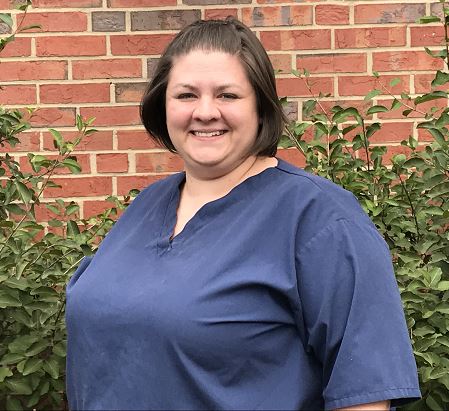 Kelly started at UCAN in June 2017. Her primary focus is answering phones, returning voicemails, and assisting clients in our lobby to ensure all client needs and questions are promptly addressed.

Prior to joining UCAN, she was in the nursing program at Cincinnati State. She then went on to work in private home healthcare for four years.

She lives in Cincinnati with her husband, Josh, and three wonderful kids including her adorable dog, Lola, and four cats, Pretty, Squirrel, Prince, and Milo.

She loves spending time with her family and helping spread the word for UCAN at events. 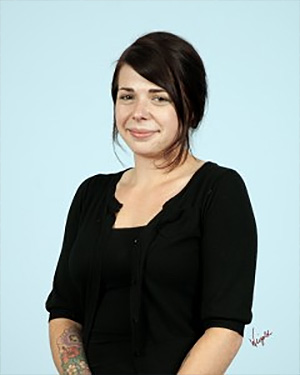 Erin joined UCAN in October 2013. She performs the invoicing for our spay/neuter clients, oversees the scheduling of clients on our free monthly spay/neuter transports, and helps with many other tasks to ensure our front office operates smoothly. She is also cross-trained as a veterinary assistant and helps the medical team when they need it. She is the best multi-tasker we have ever met and ensures that all clients coming to our clinic obtain excellent customer service.

She is a passionate animal-lover and she and her husband, Edward, have rescued several animals over the years. 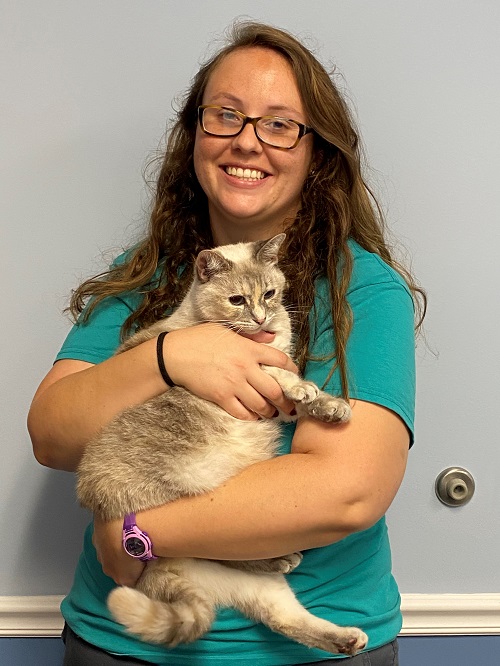 Rachel joined UCAN in June 2020. She invoices the wellness services that the pets our income-qualified clients receive and assists customers on the phone and in our lobby.

She received her Bachelor of Science in Biology in 2015, from the University of Cincinnati. Prior to joining the UCAN team, she worked as a Park Naturalist for Cincinnati Parks for 3 years.

She has been involved in animal welfare for many years, working or volunteering with several local shelters and rescues. In her spare time, she fosters cats and kittens for Crazy Cats Animal Rescue. She has a pit bull mix named Angie and 3 cats named CeCe, Fred, and Wilma. 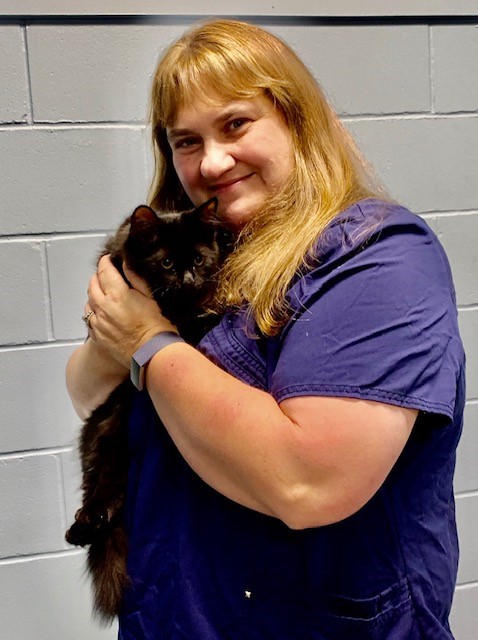 Christina joined UCAN in August 2019. She takes extraordinary good care of all of the animals on our free transports from various locations, so everyone has access to our low-cost services. She is also responsible for keeping our facilities and transport vehicles in good working order and repair.

Christina was the Medical Coordinator for Clermont Animal Care Humane Society from 2018-2019. Before that, she worked for the private animal shelter League for Animal Welfare in Batavia for 12 years.

She currently resides in Clermont County with her husband and their cat, Smoky. In her spare time she enjoys gardening and hiking at the Cincinnati Nature Center. 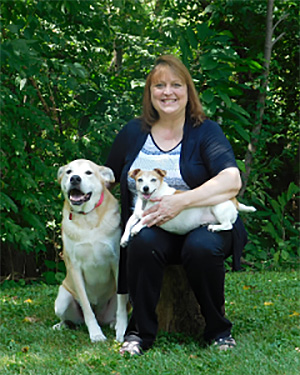 Board, Development and Executive Assistant

Donna began working as an Executive Assistant at UCAN in 2012. She helps with marketing, donor communications, fundraising events, and much more!

Prior to UCAN, she was an Administrative Assistant to attorneys in two local law firms for over 13 years.

Donna, along with her husband Dale, are natives of Kentucky. Donna and Dale have two grown children, Christopher and Crystal. She enjoys working with all of the farm animals on her children's farms. Donna enjoys being able to help so many people and animals at UCAN.

We use cookies on our website to give you the most relevant experience by remembering your preferences and repeat visits. By clicking “ACCEPT ALL”, you consent to the use of ALL the cookies. However, you may visit "Cookie Settings" to provide a controlled consent.
Cookie SettingsREJECT ALLACCEPT ALL
Manage consent

This website uses cookies to improve your experience while you navigate through the website. Out of these, the cookies that are categorized as necessary are stored on your browser as they are essential for the working of basic functionalities of the website. We also use third-party cookies that help us analyze and understand how you use this website. These cookies will be stored in your browser only with your consent. You also have the option to opt-out of these cookies. But opting out of some of these cookies may affect your browsing experience.
Necessary Always Enabled
Necessary cookies are absolutely essential for the website to function properly. These cookies ensure basic functionalities and security features of the website, anonymously.
Functional
Functional cookies help to perform certain functionalities like sharing the content of the website on social media platforms, collect feedbacks, and other third-party features.
Performance
Performance cookies are used to understand and analyze the key performance indexes of the website which helps in delivering a better user experience for the visitors.
Analytics
Analytical cookies are used to understand how visitors interact with the website. These cookies help provide information on metrics the number of visitors, bounce rate, traffic source, etc.
Advertisement
Advertisement cookies are used to provide visitors with relevant ads and marketing campaigns. These cookies track visitors across websites and collect information to provide customized ads.
Others
Other uncategorized cookies are those that are being analyzed and have not been classified into a category as yet.
SAVE & ACCEPT